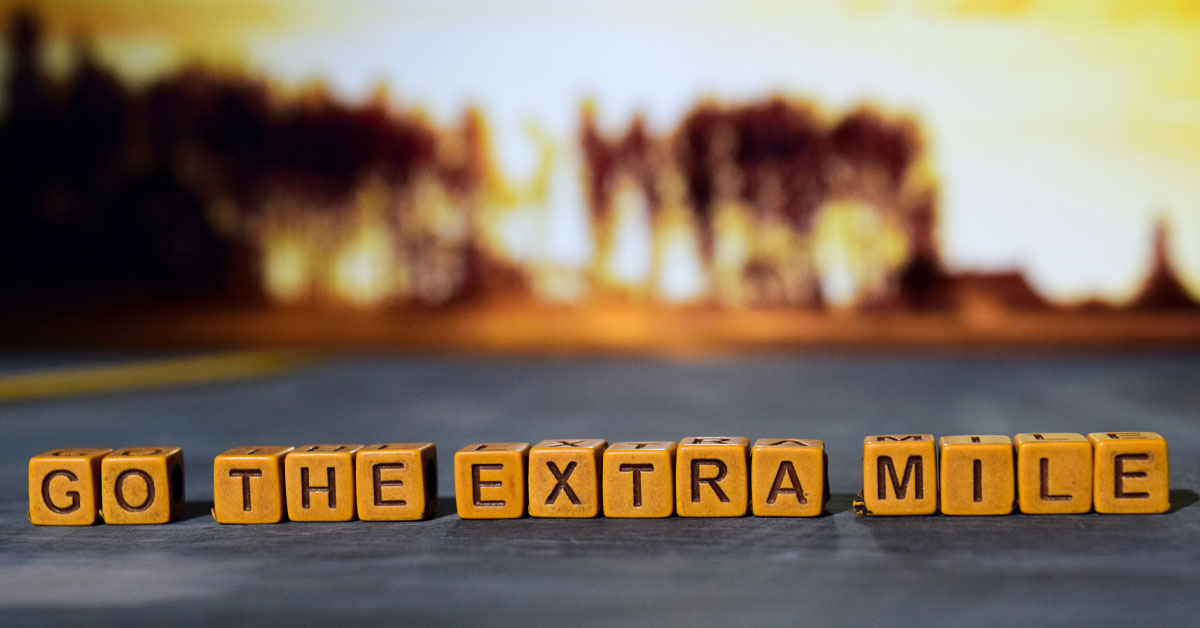 What does it mean to put the customer first?

Companies of all shapes and sizes – and across all industries – describe themselves as “always putting the customer first.” But the reality is often quite different.

Businesses often fall short in this critical area, straining customer relationships and sometimes damaging them beyond repair. According to research conducted by Accenture Interactive, B2B buyers today aren’t afraid to switch suppliers if their needs aren’t being met. A recent survey revealed that 80% of B2B buyers have left suppliers that weren’t able to align their services with their expectations.

State Line Foundries prides itself on providing exemplary care to all its customers. What separates it from all the pretenders who promise to put their clients first? It all starts with the role of customer service.

Connie Corcoran functions as the customer service manager for State Line’s sister company, Winnebago. She is also the production manager and planner.

Sometimes, wearing too many hats can confuse a process. It’s just the opposite in Corcoran’s case.

“If there is a customer service need, if something needs to be done now, I can adjust the production schedule,” she explains.

Corcoran is frequently the primary point of contact with State Line’s customers. This is significant because she doesn’t have to beg a production manager to help her keep a promise. She IS the production manager.

Other administrators have similar levels of responsibility. The head of shipping, for example, is often on the front line of client communication. So is the foundry manager. They, too, can adapt and coordinate with other team members to meet urgent OEM needs.

Making adjustments isn’t always easy, but it can make customers forever thankful to have State Line. It also proves to them that they truly ARE the priority. Corcoran shares an example where the foundry’s exceptional commitment to responsiveness saved the day for an OEM:

“One customer recently forgot to place an order for castings. They thought they sent us a purchase order, but they didn’t.”

It was a devastating oversight, which forced the manufacturer to limit production. “The customer had a line down because they didn’t have the castings,” she recalls. “People were laid off.”

The OEM, which had intended to order 30 castings, appealed to Corcoran for help. She replied, “How many do you need to get out of trouble?”

The answer was five. Corcoran made arrangements to produce five castings in two days – with a third day for shipping.

“We handled shipping through our delivery person, so there was no need for a trucking company, which made it a lot faster,” Corcoran notes. “The customer was extremely happy when we pulled up to the dock.”

The remaining 25 castings were produced over a more normal schedule and were delivered on an as-needed basis to the OEM.

One of the keys to outstanding customer service is fast response times. “We respond very quickly to questions or concerns,” Corcoran emphasizes.

It’s another claim that most businesses often make, but often struggle to keep. If you probe a bit deeper at State Line Foundries, however, it’s clear there is a detailed process – with clear-cut expectations – that defines what “quick” represents to its two foundries.

For example, quote requests are returned within 24 hours – except when information from a supplier is missing. “If you ask us for a quote, you’re going to have it in 24 hours or be told exactly what we need to create it,” Corcoran clarifies.

Company administrators respond to emails within an hour. Some issues, such as unworkable tools, can be complicated to resolve. In these cases, the foundry manager confirms within an hour that the matter is being investigated.

“Usually, by the end of the day, he has a plan or a solution and communicates that,” Corcoran says. “That’s unique in this industry.”

The commitment to superior customer service starts at the top. Jesse Milks is president of State Line Foundries, splitting time between the company’s State Line and Winnebago facilities.

“He is very focused on service, but he doesn’t have to preach to us,” Corcoran states. “We all have the same mindset.”

That attitude extends to workers in the shop. “The guys in the foundry always ask, ‘Is this what the customer wants?’”

Many times, it’s the foundry workers who must ultimately keep the promises. “The experience we have with our foundry team is phenomenal,” Corcoran declares. “Those guys take so much pride in their work. They’re our biggest assets. I say, ‘OK, this is hot,’ and they make it happen – all the way to the pouring crew at night.”

Although customers have many requests, most share a common theme.

“A lot of it’s about flexibility,” Corcoran concludes. “We help them whenever we can, which is almost always. Meeting their needs is our mindset. It’s baked into our DNA. If we didn’t meet their needs, we wouldn’t be here.”