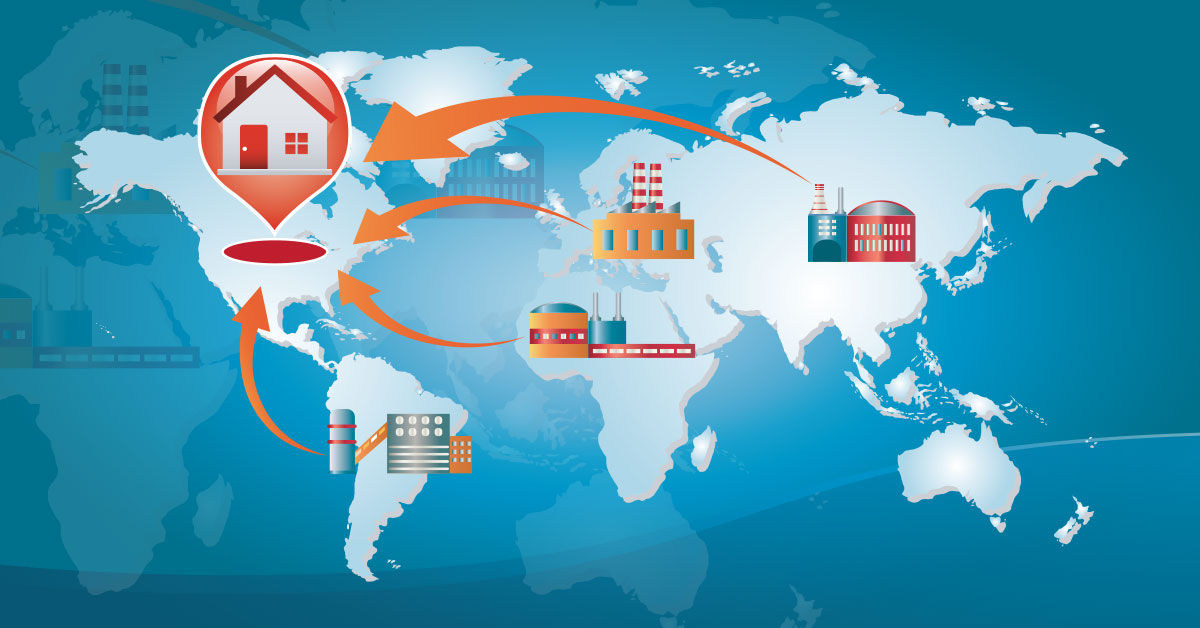 Reshoring: Waiting out uncertainty is no longer an option

The last two years have been a white-knuckled roller coaster ride for OEMs. From the pandemic and supply chain challenges to labor shortages and a huge demand spike, it feels like it’s been a battle for survival. Things don’t seem to be getting any easier, either.

“In the 1990s and early 2000s, overseas supply chains were incredibly reliable. You could place an order with an Asian manufacturer and within a few weeks, you’d have parts at your door for pennies on the dollar,” recalls State Line Foundries Jesse Milks. “Obviously, those days are behind us now.”

In China, businesses are preparing for another COVID-19 lockdown. Because the government owns much of the manufacturing sector, it can easily mandate complete shutdowns if a public health emergency calls for it. In addition, if China decides to invade Taiwan, that could result in a shutdown of shipping to and from that part of the world.

Once your parts reach a U.S. port, your challenges may not be over. “I’m still hearing stories from OEMs about major delays. They know their container has arrived in the States, but it may be weeks and weeks until they see their parts,” Milks cautions. “One OEM I talked to is having all its overseas parts shipped to a Canadian port and then trucking them to his production facility in the U.S. It’s more expensive, but he gets his parts much faster that way.”

On the other side of the world, the Ukraine-Russia war is disrupting energy supplies to Europe. In retaliation for supporting Ukraine, Russia has reduced natural gas deliveries to European countries by 80%. This is causing large spikes in energy costs, which will eventually affect castings produced there.

“Foundries need a lot of electricity and natural gas to melt metal and produce castings. This event is causing a major spike in their costs, which they will need to pass along by raising their part prices,” Milks predicts. That may force some European OEMs to look to North America for less expensive castings. “What we don’t know is if this is a temporary or more permanent situation,” he adds.

It’s time to rethink your sourcing

Despite a myriad of uncertainty, many North American OEMs have stuck to a “wait-and-see” attitude that is increasingly untenable. To get a better picture of their real risks, Milks says OEMs need to take a broader look at the intangible costs of overseas parts.

“There are many hidden costs they may not be considering, such as freight, logistics, the need to carry more safety stock and low inventory turnover rates. Plus, what does it cost you when you need to idle an entire production line because some critical parts are late?” Milks cautions.

One intangible factor that many OEMs don’t pay enough attention to is the value of their supplier relationships.

“Having a supplier that’s geographically close to you makes it easier to build a strong, long-term relationship. That comes in handy when problems arise. You’re able to solve them faster – or prevent them from happening in the first place,” he emphasizes. That’s much harder to do with an overseas supplier. “You’re at their mercy,” Milks warns.

OEM challenges aren’t limited to overseas shipping and logistics challenges. Because of the large, recent spike in business, many large North American foundries are now at capacity. They’re assessing their customer base and making decisions about which ones they’re going to continue to serve, and which ones no longer fit their capabilities.

“We’re seeing many cases where the demand for certain parts has dropped below their threshold. They can’t produce them economically. So, they jettison that work or refer it to smaller foundries like us,” he points out.

With its extensive experience with transfer tooling, State Line is ideally suited to take on this type of work. “We can help you if you’re launching a new product and need prototype or sample castings produced until your production foundry comes online. We can also serve as a bridge supplier, helping you to meet peak demand for the parts you need,” Milks says.

No matter what’s causing delays in the delivery of your parts, you can’t afford to have expensive production lines sitting idle. “I know of one OEM that produces million-dollar machines. A number of them can’t be shipped because they’re waiting for a handful of critical castings. They would gladly pay multiple times what that part normally costs, just so they can finish those machines and get them out the door. That’s how desperate things have become today,” Milks muses.

So, what should an OEM do to mitigate domestic and overseas part availability challenges?

“First, analyze what your total costs are. Not just the part prices, but all the intangibles as well. I know that many procurement professionals at large OEMs are paid to focus primarily on the part price. Under the current circumstances, they need to look at them more holistically,” Milks advises.

Next, keep the dialogue open with your current suppliers. How busy are they? Are your parts still an important strategic part of their business? Or are they “on the bubble” – a segment of parts that may no longer be a good fit for their business?

“Risk mitigation is all about getting out in front of potential changes and keeping your options open,” Milks cautions. “For example, if another black swan event happens – such as China invading Taiwan – thousands of OEMs will be in full-on emergency mode, fighting with each other to find domestic suppliers who can produce them. There’s some excess capacity here in the States, but not as much as you think. Your best bet is to lock in that capacity now, or at least dual source those parts so you have a second option if things get bad.”

Once you have a clearer picture of what your parts are costing you and what’s happening with your suppliers, you can approach potential part moves and risk mitigation in a more strategic way.